Looking back on the memory of the 1992 football season gives me all kinds of feels. It was my junior year and I just moved to Pilot Point, with my mom, the 2nd week of the school year because my parents divorced. We used to visit my Aunt Carma / Uncle Roger / and cousins R.A. and Amber several times a year growing up so I wasn’t a stranger to Pilot Point. I remember being a fan of Bearcat football long before I moved there and attending several Pilot Point games in the late 80’s and particularly the State Semi-Final game against De Leon in 1990 at my home stadium Pennington Field in Bedford.

I remember having to play JV football my first 2 weeks in Pilot Point because the L.D. Bell Football Coach wouldn’t sign my transfer release even though I didn’t play football (only basketball and baseball) at L.D. Bell. That kind of speaks to why I didn’t play football there. I remember attending the PP vs Van Alstyne game my first week there as a fan. Austin Wighaman and I watched the Bearcats, in our home stadium, have everything go against them in that game and come out on the losing end 32-10. There was a short super-fast kid, Toby Noe, that absolutely tore up the special teams that night. I believe he returned a punt and kick return for a TD against us among other things. It hurt me because I wanted to be on the field helping the team. I didn’t care how fast the kid was I just wanted a shot at tackling him. The hype was huge for the season and that loss was a big upset to everyone. Pilot Point didn’t readily accept losing in that era. However, a lose can bring about the greatest lessons and in hindsight I’m sure the Senior Class of 1993 would tell you that loss ended up being a very good lesson.

It was a special senior class. I could do a weekly edition on each one of those dudes, but this one is focused on #12. Matt Walker (aka Hound Dog) was the Senior leader that I looked up to the most in 1992.  He was Mr. Pilot Point, engaging personality, charm for days, and those Hound Dog eyes. He immediately took me under his wing when I moved to Pilot Point and showed me the ropes. We both related as transplants to PP as he had moved there in Junior High from New Mexico. Despite that he is the guy that bleed Orange and Black (our team colors) to me. A versatile and cerebral player that did anything and everything that was asked of him by the Coaches in the name of Bearcat Football. My favorite was watching Matt throw the pass/pass…from Chad Cole (QB) to him (WR) to Chris Franklin (WR) for a wide-open touchdown down the sideline.

I remember Matt having a few struggles in that home lose against Van Alstyne early that season. I remember how bad that loss stung him the next week or so at school. I also remember Matt having some great games and us going on a run and winning 11 straight games after that loss to Van Alstyne. That set up a delicious rematch with Van Alstyne in the Quarter Final (4th) round of the Playoffs. It was the rematch that everyone wanted to see. The first game against them I had to watch from the stands, but this one I was starting at Cornerback defensively and ready to contribute. It was at John Clark field in Plano and our team was prepared for that game.  Coach Jerry Jones specifically told us in practice that this time it was going to be payback time for our Special Teams. The Coaches had seen a weakness on film in VA’s punt team and so we implemented a certain punt block specifically for that game. Exactly as Coach had predicted Jeremy Deckard #47 broke through and blocked the first two punts of the game from Van Alstyne. Both of those punt blocks bounced into the redemptive arms of Matt Walker #12…he returned BOTH for Touch Downs and the route was on! We were amped and Toby Noe, nor anyone else, was not going to beat us on that special night. It had to be the most memorable football game that Matt ever played in. He deserved that moment. I was so happy for him. The entire town was proud of him.

Music can define an era. You here a song or two and it puts you back in that memorable place. The one song that really gut punches me like no other though is “The Dance” performed by Garth Brooks. Fittingly, our QB Coach Rick Jones always seemed to put it as the final song on our football highlight films. Growing up playing tackle football as a young boy in Texas you quickly learn to suppress pain and play through it. Show no weakness. God forbid you admit to having a concussion, someone see you get emotional, and worst yet even cry. So that’s how my teammates and I were trained. But I’m man enough to admit that when I hear “The Dance” I usually end up sobbing like a baby because I can’t help but think about the memories of Matt Walker. Gone, but not forgotten. 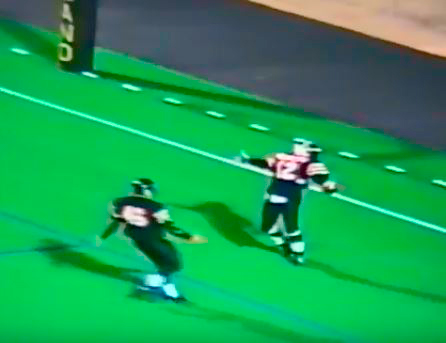 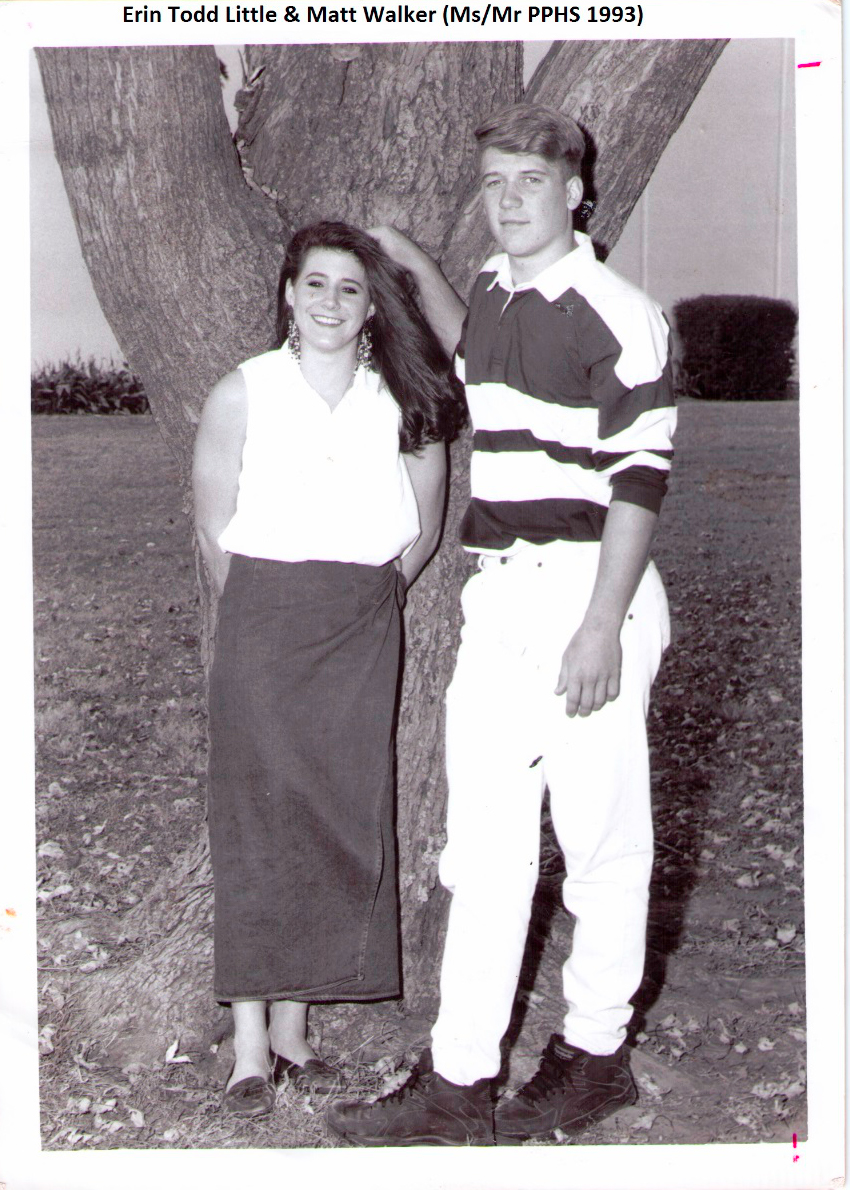 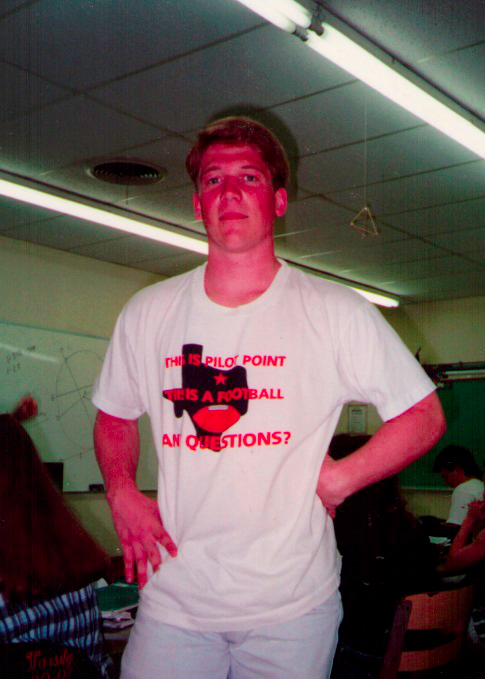 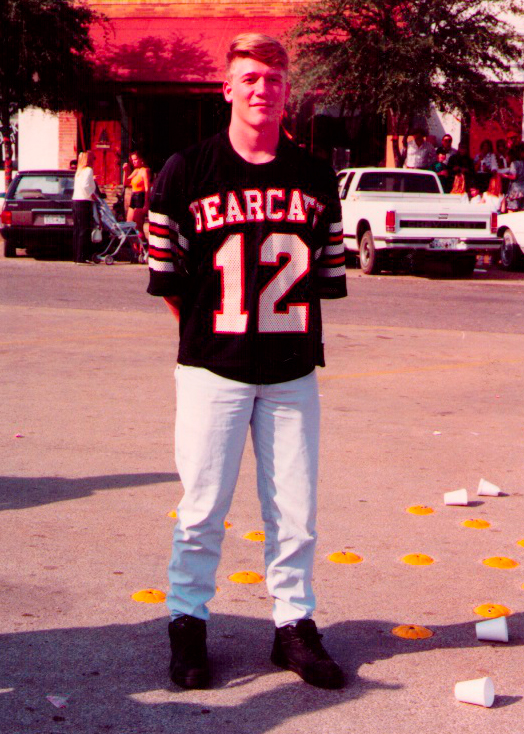 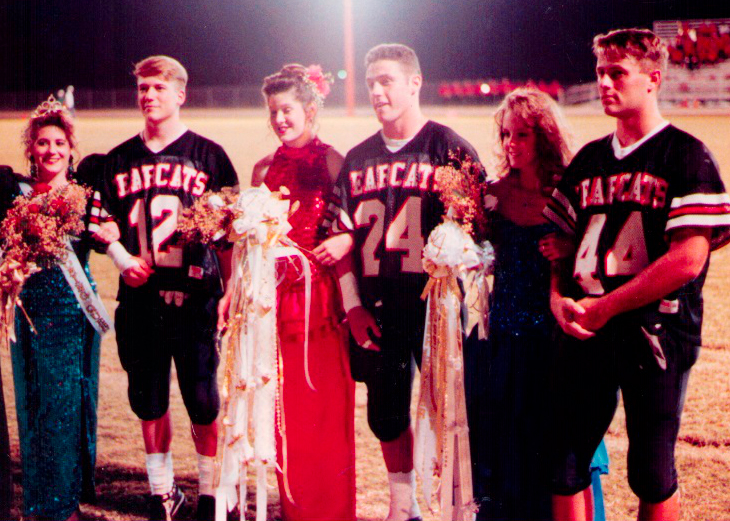