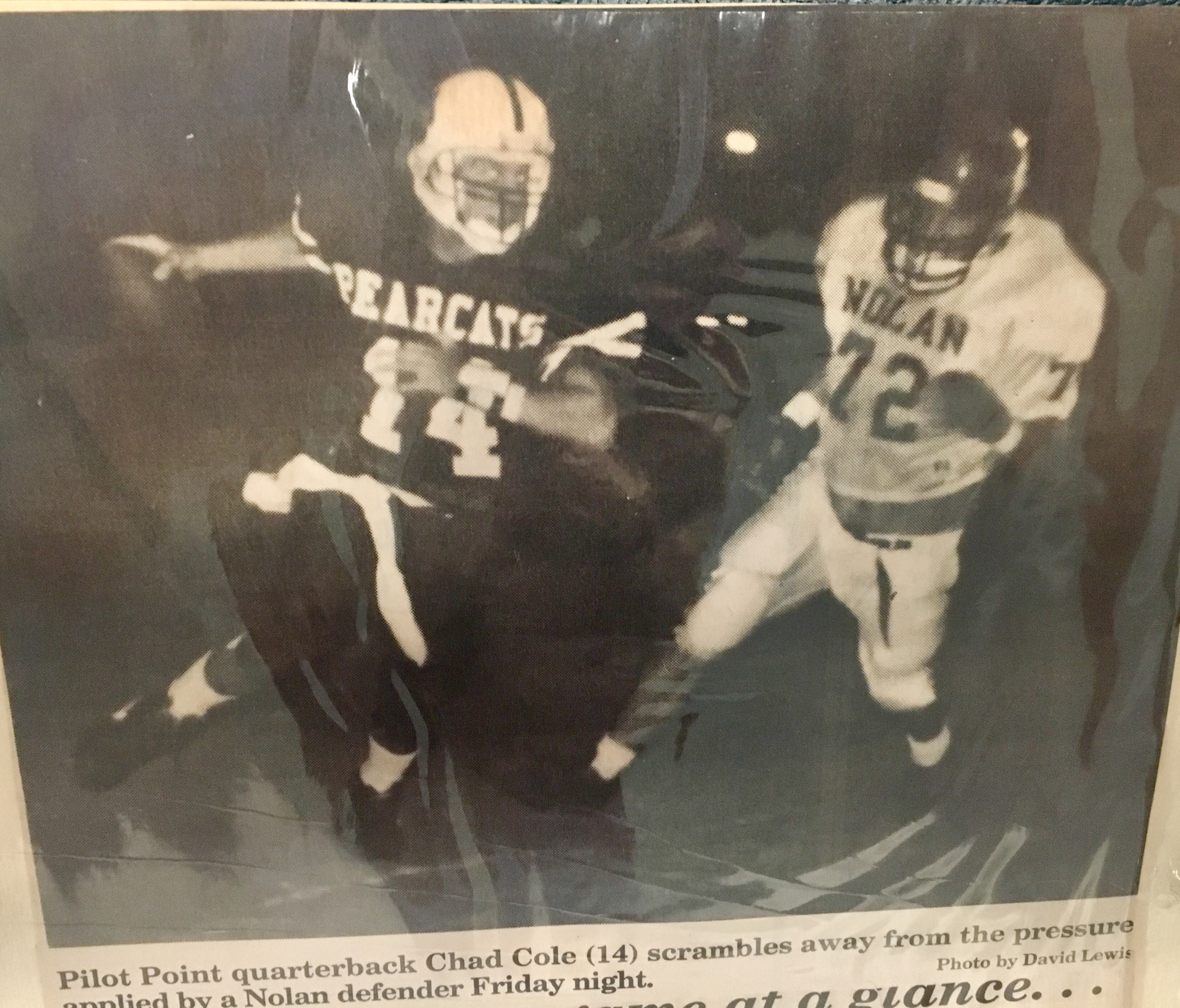 Twenty-five years ago, this week my team was preparing to play Fort Worth Nolan at home in the friendly confines of Massey Stadium.  I know going into it that we probably overlooked the competition.  The season prior we had beaten Fort Worth Nolan handily 40-14 at their stadium. Therefore, we didn’t expect anything less going into the 1993 game. I do remember our Coaches warning us that this was a different Fort Worth Nolan team.  They had 2 All-State players at Quarterback and Running Back.We watched film on them, but you never really know exactly how solid your opponent is until you play against them in a live game.
Well turns out Fort Worth Nolan was much better than advertised. The Quarterback,Larry Holmes, appeared to be about 6’4 and was very athletic. The Running Back was a bigger version of William Clark (our All-State Fullback from the previous year). It was going to be a battle.
As with all these games I remember a few plays still very vividly. I remember it was tied 0-0 going into halftime.  It had been a complete defensive battle. Nolan had 1 play left in the first half and it appeared they were just going to run out the clock and were content on going into halftime 0-0. They handed the ball off to their All-State Running Back and he broke free down the sideline. I was the Cornerback on that side, so I was the last line of defense. I knew if I tried to tackle this guy with half effort he was going to truck me and likely end up scoring on the final play of the half. He probably outweighed me by a good 50 lbs. So, I went to tackle him with everything I had to ensure that we would go into halftime tied up. I remember my right shoulder popping as I tackled him and my arm going numb for a second. Didn’t think much of it as it seemed to wear off. I was just happy that I made the tackle and didn’t let my team down. 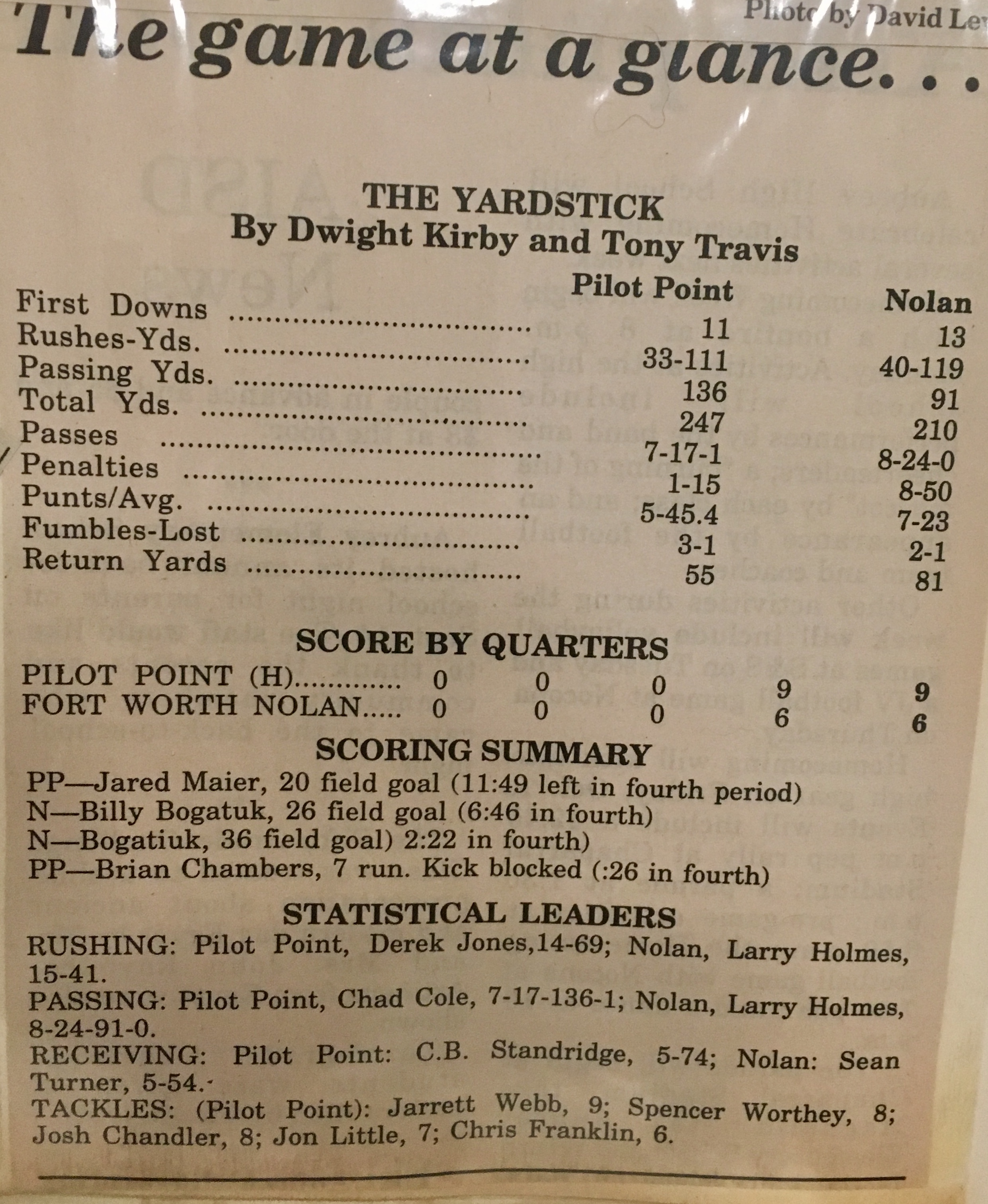 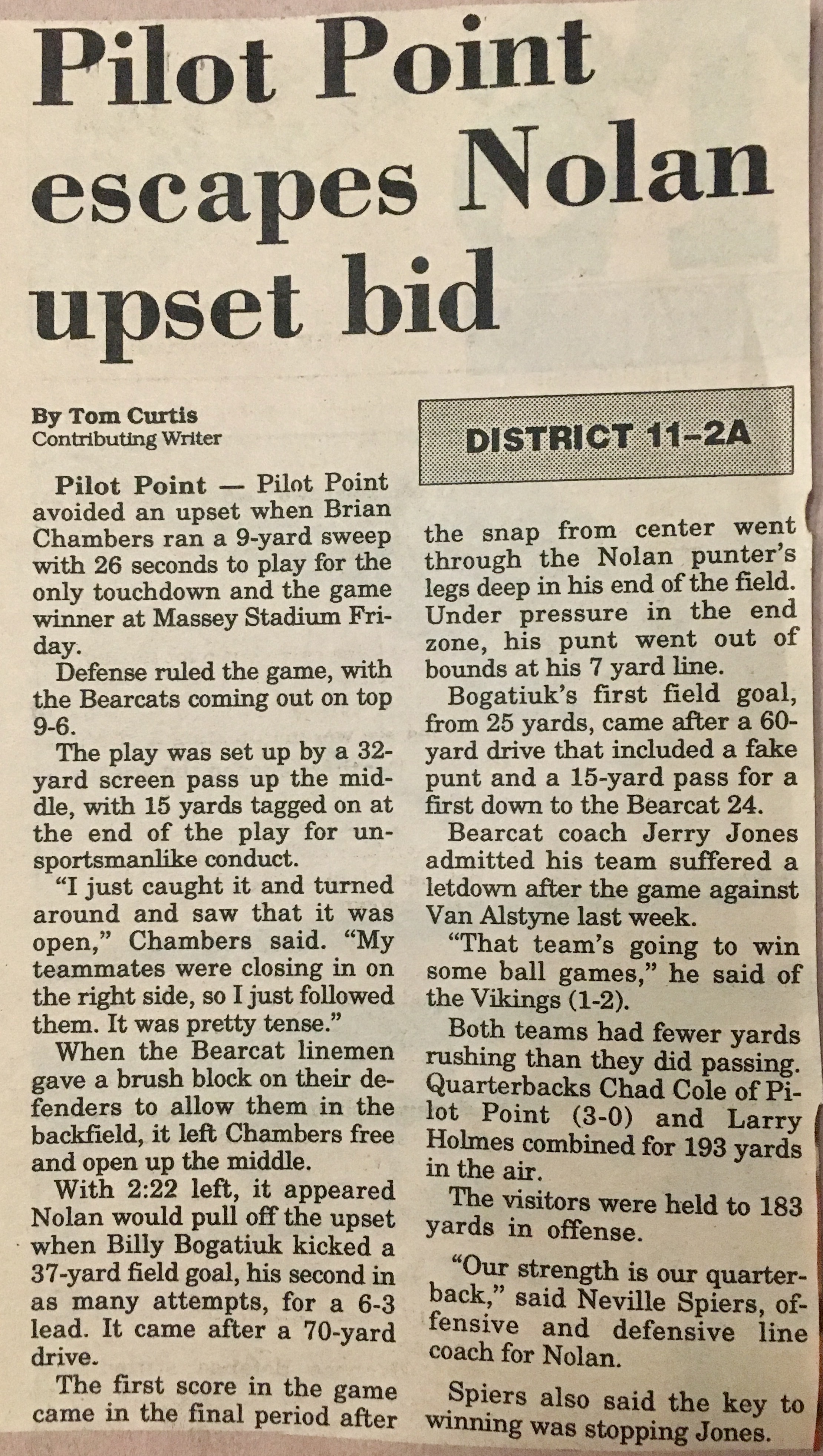 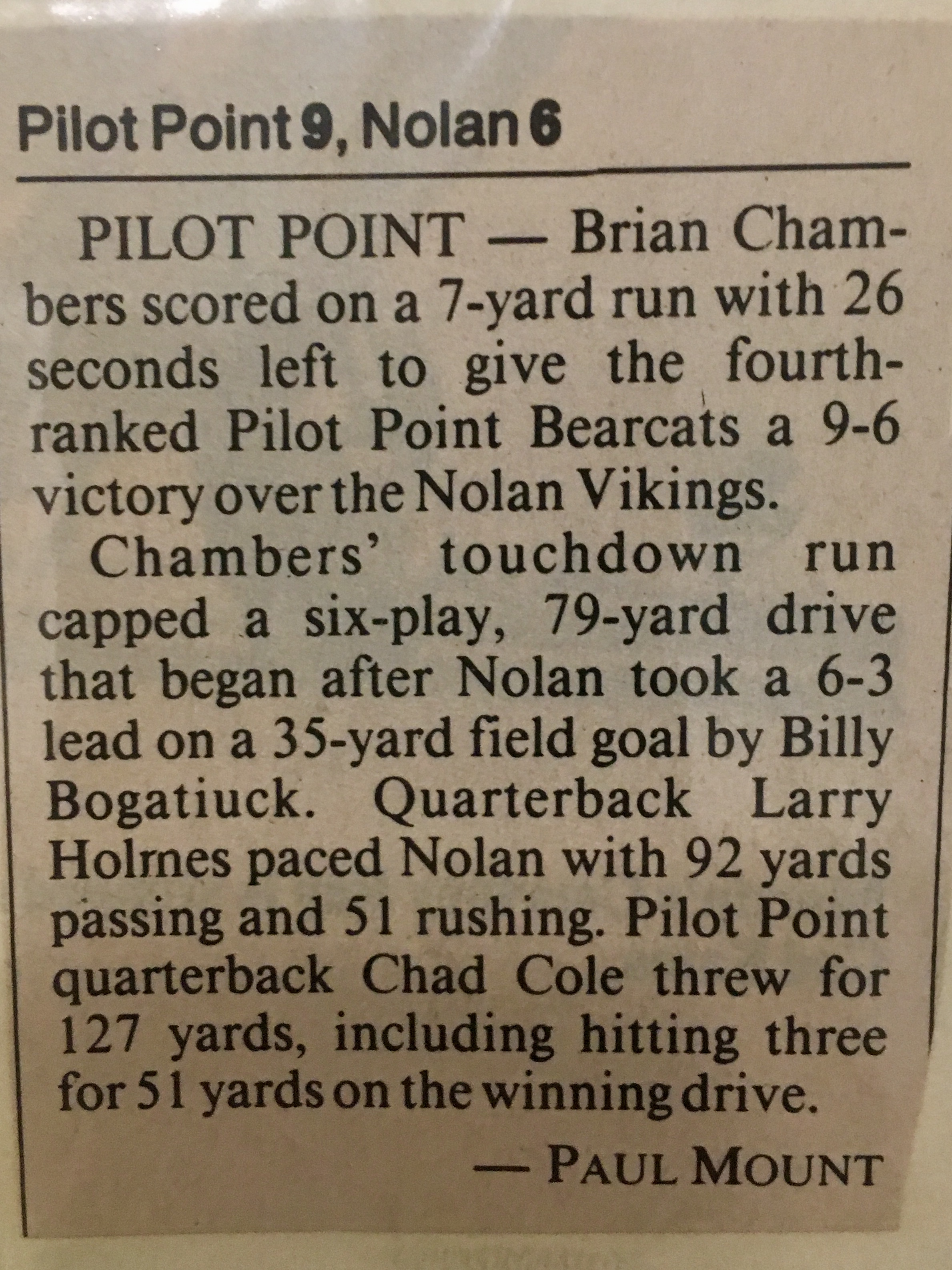 The second half came, and it was more of the same. A huge defensive battle with no one scoring in the 3rd quarter. At some point I remember missing a key pass block and turning around to see Chad Cole being blindsided by the guy I was supposed to be blocking.  The ball fluttered out due to the hit and a Fort Worth Nolan kid intercepted the pass.  I thought to myself “I’ve got to make up for missing that block.” So, I sprinted downfield intent on getting my team the ball back. I dove and hit the interceptor as hard as I could be trying to make him fumble in the process. Again “Pop!”Unfortunately, it wasn’t the sound of me hitting the guy…this time it was my other shoulder popping. I thought to myself “what is going on with my shoulders…and that’s going to hurt in the morning.”
Jared Maier kicked a field goal for us early in the 4th Qtr. to give us a 3-0 lead. Little did we know the “Cardiac Cats” were about to be born. Fort Worth Nolan got up 6-3 on us late in the game after they made 2 field goals.  We were down to 1 offensive possession if we wanted to stay undefeated. Somehow, after not being able to score a touchdown all game, we miraculously put together a 79-yard offensive drive capped off with Brian Chambers scoring a touchdown with 26 seconds left in the game. We gave our Coaches and fans a near heart attack, but the “Cardiac Cats” came through in the end. We won 9-6 to go 3-0 on the season.
I’ll never forget that game. Mainly because I woke up the next day and couldn’t lift my arms above my head. I was worried, and I didn’t want to tell anyone.  It turns out I had a severe acromioclavicular(AC) joint separation in both shoulders that plagued me for years afterwards. It was my senior year though and there was no way I was going to miss any of the games in my final season. It’s a collision sport. We all played with and through pain and I was no different.
Asa side note the Fort Worth Nolan QB and RB ended up being 1stTeam Private School All-State and I believe they ran the table andwon the State Championship in their division.

Next up for us was Homecoming vs Blooming Glove…